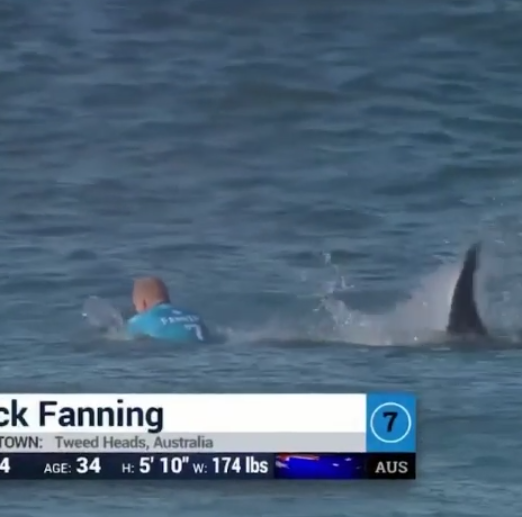 A shark attack is sudden, visceral and overwhelming. And it's impossible to be a tough guy in the face of one. For Americans, the lifetime risk of dying from a shark attack is approximately 1 in 3.7 million. That means you have a greater chance of dying from heart disease (1 in 5), being killed by lightning (1 in 79,746) or experiencing death by fireworks (1 in 340,733).

But anyway, if a shark attacks you, defend yourself aggressively. Playing dead will not work ... (1)
The same thing is true of your project, your upcoming speech, and the meeting you're about to schedule.

If your project is attacked by a shark, what does really matter? In this blog, i want to reflect on two important things concerning project leadership.

First, the project needs a leader, a person who takes responsibility as opposed to waiting for it to be given.

If you choose to manage a project, it's pretty safe. As the manager, you report. If you choose to run a project, on the other hand, you're on the hook. It's an active engagement, bending the status quo to your will, ensuring that you ship. Running a project requires a great level of commitment and experience. Who would you rather hire, a manager or a runner?

For example, consider marketing projects - they always involve people who aren't your direct reports. And they almost always use people who have other stuff on their plate. There are three questions I'd challenge every person working on any marketing project to ask. Ask them whenever someone gives you a task: 1) when is this due? 2) what does it look like when it's done? 3) how important is it compared to everything else on my plate? Rigor isn't pretty, but sometimes it enables communication.

Seth Godin writes in his blog (2) that he led a team of forty people building an incredibly complex series of products, all of which had to ship in time for the Christmas selling season. The stakes were pretty high: if they missed by even one day, the entire company was going to fold. He went out and got some buttons--green and red. The deal was simple: If you were on the critical path, you wore a green button. Everyone else wore red. When a red button meets a green button, the simple question is asked, "how can I help?" The president will get coffee for the illustrator if it saves the illustrator three minutes. In other words, the red button people never (ever) get to pull rank or interrupt a green button person. Not if you care about critical path, not if you care about shipping.

There are no sudden shark attacks on projects. When projects fail, they do it often right from the start (and the involved people even do not realize it until the very end)

Most important, and easily overlooked: shark attacks are astonishingly rare. Better to prepare for a hazard both likely and avoidable instead. For example, during the early stages of the project, we envision not just perfect execution, but limitless features. At this stage, every project needs a truth teller, someone who has been through it before and knows the difficulties that lie ahead.

Do it right, from the start. Otherwise it will cost you much more. And finally, don't forget: the launch isn't the end, it's the beginning. 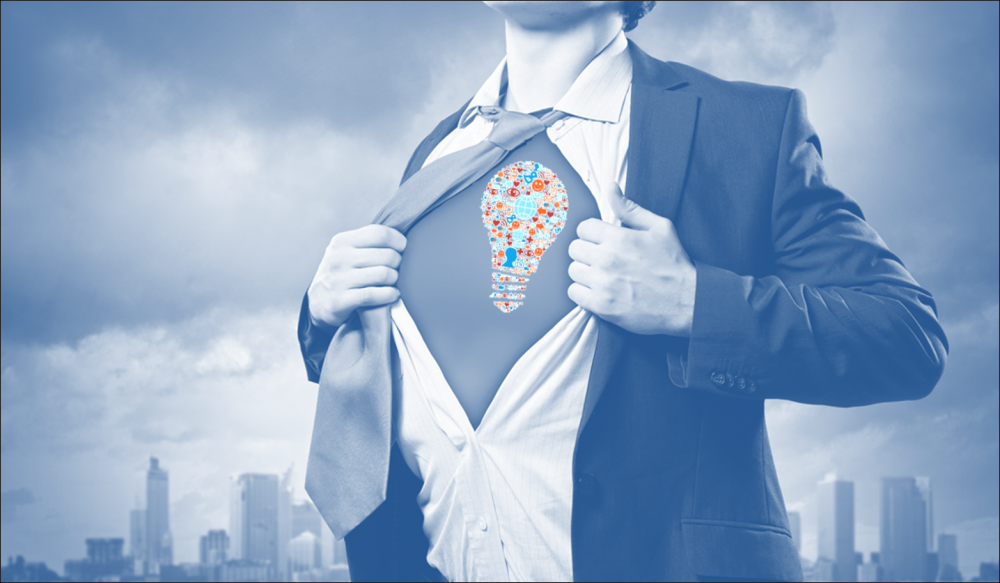 The eighth person hired at Google, and its first vice president of engineering, talked at Collision conference 2015 about how the world's largest Internet company nearly failed. Urs Holzle, who was an associate professor of computer science at U.C. Santa Barbara before becoming the eighth person hired at Google, said the reason the company has done so well in the search market is because it has a better, faster infrastructure.

"I'm amazed we made it this far," he said. "We had plenty of chances to fail and, in a few cases, came pretty close to it. (...) A year after we were founded, the bubble burst and it was impossible to raise any funding (...) We were trying really, really hard to reduce our infrastructure cost and reduce all costs. (...) We made it fine, but I think it was within a year of not working," Holzle added. "Had we taken one more year, it might not have worked out."

Holzle said "That's really a culture question. Fortunately, we've spent a lot of time hiring really good people and they're motivated by accomplishment and not by having an easy life. That's one safety net."

But it is not only rock star companies like Google who are affected by those challenges when integrating new challenging digital technologies. This effects every company. Let me talk in this blog about Digitization

A global survey of CIOs by Gartner (1) showed that many CIOs feel overwhelmed by the prospect of building digital leadership while renovating the core of IT infrastructure and capability for the digital future. The survey found that 51% of CIOs are concerned that the digital torrent is coming faster than they can cope and 42% don’t feel that they have the talent needed to face this future.

In 2012, Apple co-founder and tech icon Steve Wozniak even said he's worried about the "horrendous" problems cloud computing could cause as users yield control of their data to service providers (read more about it in my previous blog entry about cloud computing)

Another study (2) by the Institute for the Future & EMC confirms those results. According to the findings from the Institute of the Future, five key business attributes are critical when integrating new digital technologies: the ability to spot new opportunities, to innovate in an agile way, demonstrate transparency and trust, to deliver a unique and personalized user experience and to operate 24/7 in real time. However, the study also shows that companies do not implement consistently those success factors (the numbers range between 10% and 15%).

When it comes to employees, we see that they are much more keen to adopt digital technologies in the workplace (3). Does this mean that if your are afraid of digitization, you should not be head of IT? Not necessarily, because fear is a good thing and you should keep moving toward fear, not away from it. Some of the reasons are that it keeps you alive, inspires action and is a sign you are doing something awesome.

If you are challenged by projects not resilient enough, processes not yielding the expected results or products and services not getting the necessary acceptance by your customers - don't stop pushing forward with the digitization of your company. Do it right from the start, either with the help from your colleagues or with help from outside your company if you feel you are not yet ready. And keep in mind one of my favorite allegories, saying "life and success is like bicycling: it goes either forward or you fall down, but there is no standstill. If you have to climb a mountain, it goes really hard. But if you feel it goes too easy, then probably you are driving downwards" (L.N.) 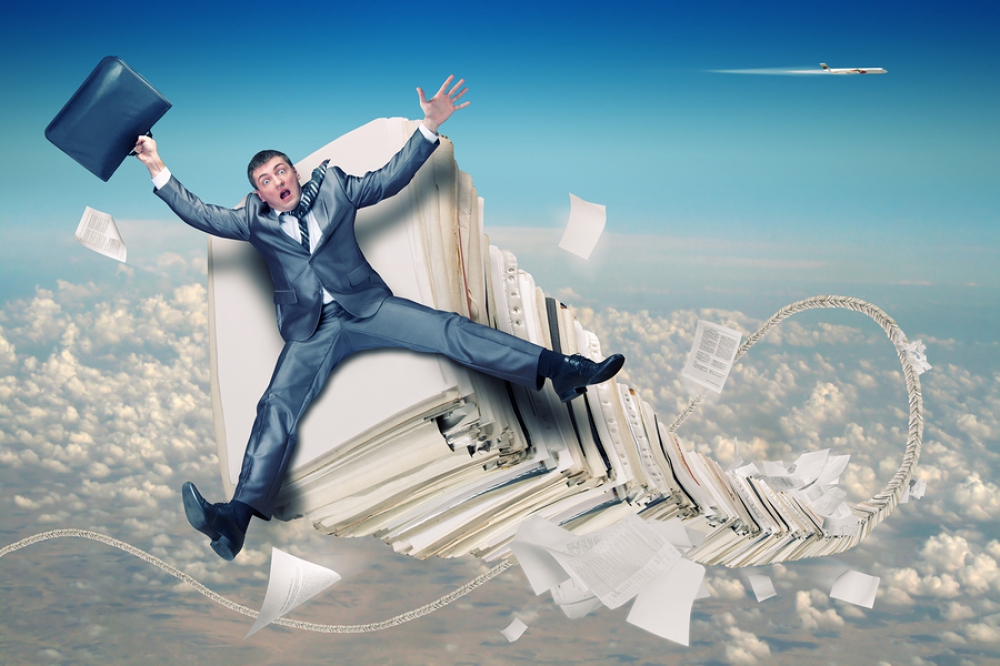 In 2012, Apple co-founder and tech icon Steve Wozniak said he's worried about the "horrendous" problems cloud computing could cause as users yield control of their data to service providers. Had he already the Bit Coin crash or Mt. Gox going offline in mind, which happened two years later? (also they did host their services themselves, the exact reasons of the issues were never fully disclosed). Nevertheless, many people just seem to trust the cloud and benefit from the advantages of cloud services and this lets the cloud market continue to gain acceptance and becoming a key element in delivering IT services.

Cloud computing in a nutshell

Two out of many definitions say that „Cloud computing allows application software to be operated using internet-enabled devices. Clouds can be classified as public, private, and hybrid.“ (1). The term "moving to cloud" also refers to an organization moving away from a traditional CAPEX model (buy the dedicated hardware and depreciate it over a period of time) to the OPEX model (use a shared cloud infrastructure and pay as one uses it). (2)

Carl Bass, president and CEO of Autodesk, said that technology vendors have been accused of “cloud washing,” or misusing the phrase to describe older product lines. “I didn’t think the term helped explain anything to people who didn’t already know what it is“. Reuven Cohen, cofounder of Cloud Camp, said that “it’s a rebranding of the Internet, (…) and it’s worth money” (3)

The term cloud computing seems to publicly appear in the years 2006-2007, but we know it has already been used many years before by several engineers to describe a network centric system architecture. We even could rebrand the early mainframe computers (back to the 1950’s) accessed by terminals, sharing CPU time, as cloud computing. By mid-2008, Gartner observed that "organizations are switching from company-owned hardware and software assets to per-use service-based models" (4). Finally, Oracle offered in 2012 integrated cloud services including the application (Saas), the platform (PaaS) and the infrastructure (Iaas).

So what's in for you. Save time and money? Yes, to be true. But not under any condition. Let's see the facts

Cloud computing is the evolution and combination of similar concepts like client/server computing; application service providing (do you remember? It was once also called outsourcing); grid computing (clustering); mainframe computing (sharing computer power); thin client computing. But its strength comes up when utilizing multiple pre-fabricated services with a certain level of technical convenience.

Being able to choose from a bunch of offerings, it needs a cloud expert supporting you to select the best service offer and especially integrating your own IT legacy environment. I can only advise you what has been said over and over again: make it right from the start and don't forget - better to spend a bit more money and making the right decisions rather than trying to correct mistakes later.

Unlike in the past, where you had a hard time to explain what the Internet or later Bitcoin was – unless you saw it – cloud computing is simple to understand, especially because your are using it already even without noticing it. As the clouds are gaining in volume, lets hope for no rain to come (but – in case of - after the rain there’s always sunshine).